Prior to independence, the impending role of irrigation in agricultural development was not well recognized in Kerala. Thus, Kerala does not have a very long history of evolution of organized irrigation systems. However, there are some traditional irrigation systems in Kerala which are still in use. Post-independence period observed incredible changes in respect of policies towards irrigation development in the State. This has been due to the growing demand for food grains in the immediate post-war period. It was realized that there was a need for conserving  rainwater abundantly available during monsoon to increase cropping intensity and expand agricultural production.

Agricultural production relies primarily on climatic conditions. The natural climatic hurdles in production cannot be beaten by man. These factors are very important in considering the productivity and economy of the state. Our state receives about 90% of the annual rainfall during the monsoon months from June to August and from October to November. The remaining period from December to May is practically dry. Most of the rain water received during monsoon period flows to sea within 48 hours of rainfall due to the character of the geographic terrain of the state.   Thus it was seen that irrigation is a must for the successful cultivation of crops in Kerala. During 1960’s and 70’s the State faced acute shortage of food grains. Though there are various methods for providing irrigation water, the best and the most reliable method which can be used for Kerala is the construction of storage reservoirs for impounding water during the monsoon and utilizing the water in the reservoir for critical periods of the crops when there is insufficiency. Hence, major and medium projects were taken up and a major portion of the cultivable land could be made ayacut under these projects. 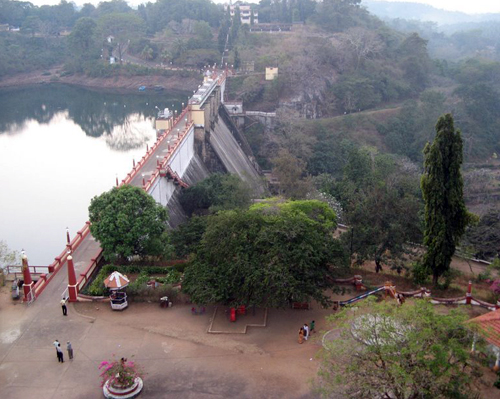 First significant attempt to supply water on controlled basis was through a Lift Irrigation scheme constructed in 1942. The scheme consisted of lifting water from  Periyar River by electric pumping and feeding through channels for paddy cultivation.

The oldest irrigation project in Kerala is The Peechi Irrigation Project, built across  Manali river in Thrissur district. This straight concrete gravity dam, completed in 1959, serves as irrigation dam for nearly 17555 Ha of land and also caters to the drinking water needs of the population. The dam has a vast catchment area with extensive botanical gardens and cascading fountains and offers numerous inviting avenues for tourists. The Peechi-Vazhani Wildlife Sanctuary, established in 1958 is yet another tourist attraction.  Ikkanda Warrier.E , the first Prime Minister of the then independent state of Kochi, India, was the architect of Peechi Dam. On October 4 1957, Burgula Ramakrishna Rao, first Kerala Governor inaugurated the Scheme.

Numerous other projects like the Vazhani, Wayalar, Malampuzha, Mangalam, Gayathri, Pothundy, Neyyar Irrigation Projects were taken up for enhancing the irrigation potential of our state. Out of these The Malampuzha Irrigation Project in Palakkad district is the 1st large-scale irrigation system attempted in Kerala State. The project consists of a dam constructed across the river Malampuzha, a tributary of Bharathapuzha and a net work of canal system to irrigate an area of 21245 ha. The dam is straight gravity type masonry structure with an earthen saddle, completed in 1966.  Malampuzha Reservoir provides drinking water for Palakkad Municipality and 6 adjacent panchayaths. The Malampuzha garden set up in the downstream of the dam is a major tourist attraction in the State. 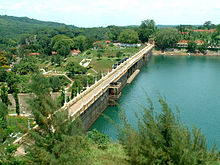 Neyyar Irrigation Project in Thiruvananthapuram district, which has a straight gravity masonry dam, is one of the major irrigation projects taken up in Kerala under the first five year plan. The project was completed in 1976 and the project envisages irrigating an ayacut of 11740 Ha. The project has become an integral part of the lives of people in Neyyatinkara taluk and its surroundings, since it is the main source of water for agriculture and drinking purpose, Tourist attractions are the Lion Safari park, boating service, Crocodile Rehabilitation and Research Centre, miniature wild life sanctuary, Lake Garden etc.

In the present situation almost all projects are being converted into multipurpose projects in order to maximize the utilization of existing resources. In order to improve the Irrigation potential, innovative MI Schemes have also been implemented in almost all parts of the state.